"Duke" Maas started 91 games and relieved in 104 over his seven-year big league career with the Tigers, Athletics and Yankees.  As a reliable back of the rotation pitcher or middle reliever, Maas compiled a lifetime record of 45-44 and a 4.19 ERA with 15 saves.  He won a World Series ring with the Yankees in 1958 when they defeated the Braves in seven games.

Maas was traded to the Yankees from the Athletics in mid-June 1958 with Virgil Trucks (#117) for Bob Grim (#52) and Harry Simpson (#239).  He had arguably his best years with the Yankees, serving as an occasional starter but mostly as a reliever.  In his four seasons in pinstripes, Maas went 26-12 with a 4.21 ERA.  The Yankees left him unprotected in the 1960 expansion draft, and he was the third overall pick by the Los Angeles Angels.  Although he spent spring 1961 with the Angels, he was traded back to the Yankees right before the start of the regular season.  He'd appear in just one game for the Yankees in April 1961, the last appearance of his Major League career. 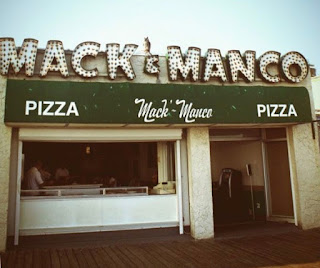 June 20, 1992 in Ocean City, NJ - Card #104
This is one of 11 cards (and the 6th I've covered on this blog) that my Dad and I bought in June 1992 at the Ocean City baseball card show held on the boardwalk at the Music Pier.  We paid $60 for the lot of 11 cards, which at the time was most likely a steal.  Chronologically, I have this listed as the 104th card we added to the set.  Like the other cards in this lot, this card is gorgeous with four sharp corners.  I'd love to get into my time machine and buy whatever other 1956 Topps cards this dealer had for sale as they're some of the finest cards in our set.

I would have just graduated high school when we attended this show, and I'd be heading off to college in the fall.  If I had to guess, I'd say we purchased this lot of 11 cards from a baseball card dealer who had a store called Diamond Dust.  His cards were always nicely displayed in binders and I remember his table would be positioned in the back right of the lower level of the Music Pier.

After purchasing these cards, Dad and I undoubtedly sat at the counter of Mack & Manco's, enjoying a few slices with birch beer.

The Card
This is Maas' first mainstream baseball card appearances, as his 18 appearances in 1955 weren't enough to merit him late series inclusion in either the Bowman or Topps sets.  His facsimile autograph reflects his actual first name of Duane.  Once again, my lack of knowledge about old ballparks comes into play as I'm not sure in which stadium Maas is posing for his action shot.

I've found whenever a player's high school career is referenced on the back of these cards, it usually means the artist was struggling to fill all three panels.

22 - Maas non-parallel baseball cards in the Beckett online database as of 6/1/19. 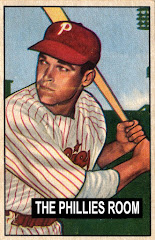 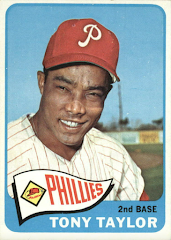